Do you switch on the pictures in your mind?

My novel, The House That Alice Built is set in Cascais in Portugal, where I lived many years ago. The sights and sounds of the place have imprinted themselves on my mind ever since then and are a big part of the book. And as I’ve begun to write more, I’ve realised that I’ve collected memories of other places that sometimes unexpectedly pop into my consciousness. They must be stored somewhere, so when someone says – Venice…my mind involuntarily rifles through one of its many dusty filing cabinets and goes…’do you remember seeing Venice rising mysteriously and magically from the mists after that thunder storm when you were on a bus travelling across the causeway from the campsite in Mestre when you were 20?’ Or someone says Primrose Hill, and in file number 17245761b out pops me walking around a corner onto Regents Park Road and thinking I was in a scene from one of the Paddington films or in number 20000000000001a I’m driving over the brow of a hill in Pembrokeshire and literally feeling my heart leap at the site of Newgale below.

So, I thought I’d ask my fellow authors if they have similar dusty, or not so dusty photographic files, an old fashioned snapchat if you will, that leaps at you at a random and unexpected cue and then recedes again. But it may well be there somewhere when you are gazing out of a window and looking for mental inspiration.

So My first guest is Lucy Keeling! 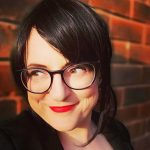 Lucy Keeling is an author and runner up in the Choc-Lit Search for a Star Competition 2019. Her debut novel, Make it Up To You is a romantic comedy about an ambitious make-up vlogger and a rather rough and ready gardener and is published on September 17th. You can get it here http://tiny.cc/s34jbz.

Thank you Chris for asking me to take part in Snapchat for Authors. I have a terrible memory but I take LOTS of pictures. Luckily, once I see a picture even if only briefly it triggers all of the feelings and memories associated with that place. So below I have shared with you some of my memories and feelings of three special places. 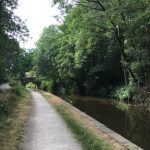 Ok clear your mind, think of an idyllic scene. What comes to mind? I’m incredibly lucky in that I live five minutes away from some of the most beautiful canal walks in England. Whenever I venture that way, especially on either a gloriously sunny day, or a windy autumnal day, I am always replenished and reset by the beauty around me. My little picture does it no justice. But along the canal there is reflection, there is history and there is industry. 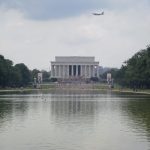 So now you’ve got me thinking about an industrious city, somewhere powerful decisions (good or bad) can be made. This will undoubtedly pop into my head. We have friends that live in Washington DC and we were really lucky to go and stay with them for a little while. I will avoid all talk of politics but I will simply state that this was a place filled with power. 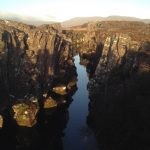 But if you want to me to think about power in a different way, perhaps in a more mythological way, then I will be instantly transported to Iceland. Specifically to the site of the first parliament. It’s very easy to stand amongst the rugged rocks, and lush moss of Þingvellir (Assembly Fields) and feel like you have been transported back thousands of years. Yet here there is a sense of development, of change, of growth. The tectonic plates continue to move apart, and in its place there is new earth, uncharted territory and endless possibility.